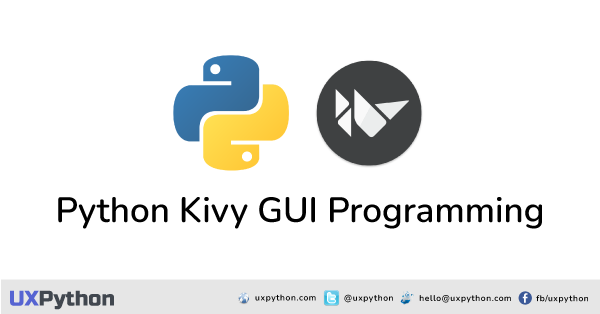 A graphical user interface (GUI) is a system of interactive visual components for computer software. GUI displays various interfaces and objects. Also, GUI represents actions that can be taken by the user.

There are so many options and libraries provided by Python to develop a graphical user interface (GUI) application and Kivy is one of them.

Python Kivy is an Open source Python library for the rapid development of applications that make innovative user interfaces, such as multi-touch apps. Also, Kivy is free to use the GUI library under an MIT license, and LGPL 3 for the previous Kivy versions. Therefore, You can use Kivy in a commercial product.

Kivy is a cross-platform supported GUI library. Therefore, You can run the same source code on all supported platforms. Kivy codes run on many operating systems like Linux, Windows, OS X, Android, iOS, and Raspberry Pi.

The graphics engine of Kivy is built over OpenGL ES 2, using a modern and fast graphics pipeline. There are more than 20 widgets that come with Kivy. Many parts of Kivy are written in C using Cython and tested with regression tests.

In this tutorial series, You can learn to develop your own GUI application & Mobile application using Python Kivy and python programming language.