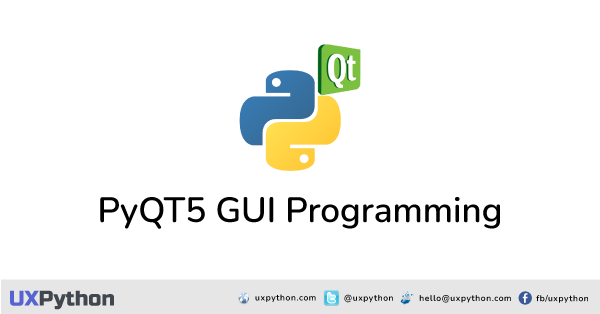 A graphical user interface (GUI) is a system of interactive visual components for computer software. GUI displays various interfaces and objects. also, GUI represents actions that can be taken by the user.

There are so many options and libraries provided by Python to develop graphical user interface (GUI) applications and PyQt5 is one of them.

PyQT5 is very popular among python developers. It is a graphical user interface (GUI) framework for Python programming language. PyQT5 framework is a visual framework and also developer can drag and drop QT widgets to build user interfaces by using QT designer.

PyQT5 is a cross-platform application development framework. It is free and open-source binding software. PyQT5 is used to develop software applications for various platforms like Windows, Mac, Android, Linux, and Raspberry PI.

In this tutorial series, you can learn to develop your own GUI application using PyQT5 and python programming language.

Lessons of GUI Programming with PyQT5