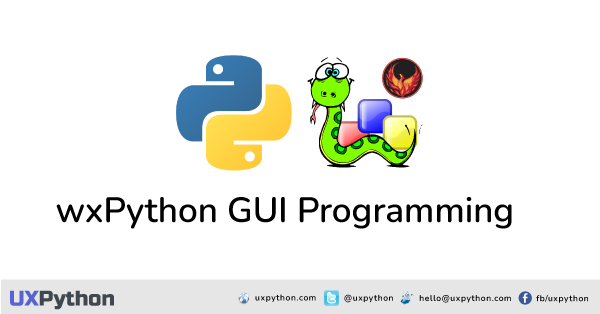 A graphical user interface (GUI) is a system of interactive visual components for computer software. GUI displays various interfaces and objects. also, GUI represents actions that can be taken by the user.

There are so many options and libraries provided by Python to develop graphical user interface (GUI) applications and wxPython is one of them.

wxPython is a cross-platform GUI toolkit library for the Python programming language. Python software developers can create truly native user interfaces for their Python GUI applications by using the wxPython library. wxPython codes run with little or no modifications on Windows, Mac Os, and Linux or other Unix-based operating systems with GTK2 or GTK3 libraries.

wxPython is an open-source library like Python and wxWidgets. It is implemented as a set of Python extension modules that wrap the GUI components of the popular wxWidgets cross-platform library, which is written in C++.

In this tutorial series, you can learn to develop your own GUI application using python wxPython and python programming language. Also, this tutorial covers wxPython Phoenix version 4.1.1.

Lessons of GUI Programming with wxPython